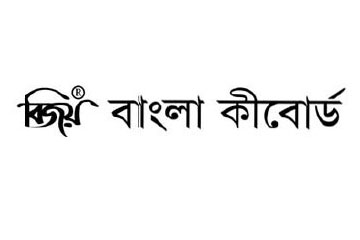 What is Bijoy Keyboard.

Bijoy Software is not Free . You have to buy software to work with. After Purchasing software, install and start using.

People use bijoy from the age of windows-98 till now. But now a days, there are more keyboard layout  like Avro Keyboard used to write Bangle. Bijoy 2000, Bijoy Pro for WinXP, Bijoy 2003 and Bijoy Bahanno are different version.

To use this keyboard, you need to install the keyboard on your computer.  And please be noted that Bijoy is not a free application. Bijoy Ekattor is the last version of Bijoy Keyboard included with Unicode feature.  But Bijoy Bahanno is popular then Bijoy Ekattor. Following is the Bijoy keyboard layout.

How to Set Bijoy Keyboard

So, to change English to bijoy Bangla or vice versa bijoy keyboard shortcut is Ctrl + Alt + B

How to set sutonnyMJ font

In case you don’t know how to change or set font, here I am going to show you. You do not need to buy fonts, its already there in windows fonts folder when you setup bijoy keyboard in your computer.  Well, lets see how to set it. I will show you in Word program of Microsoft office package.  I don’t know which Microsoft suite you are using. I am using Microsoft Office 2013.

How to write Bangla and English at the same time

So, for Bangla,
press Ctrl+Alt+B and than set bangla font like sutonnyMJ.

For English,
press Ctrl+Alt+B and than set English font like Times new roman.

Video tutorial about How to write Bangla with Bijoy Keyboard

The old version of bijoy does not support Unicode bangla. But the last version like Bijoy Ekattor or Bijoy Bahanno support both. In Bengali alphabet, there are a lot of complex latter and I added them and See following.

If you are totally new on Bijoy keyboard and already familiar with Avro keyboard, you have love to have a look on Unicode to Bijoy Offline Converter .  We have prepared a list of Bangla complex later. Thought, we are not the authority of Bijoy Keyboard, please fill free to ask about your problem. We will try our best  solve the issue if possible.